/ Insights / Why we must act: Banks drive climate destruction

Why we must act: Banks drive climate destruction

Everyone knows that the big oil and gas companies have gamed the system for years and lied about the climate threat—all while continuing to expand their empire. But the truth about the role that big banks play in funding the destruction of the environment is not widely known. 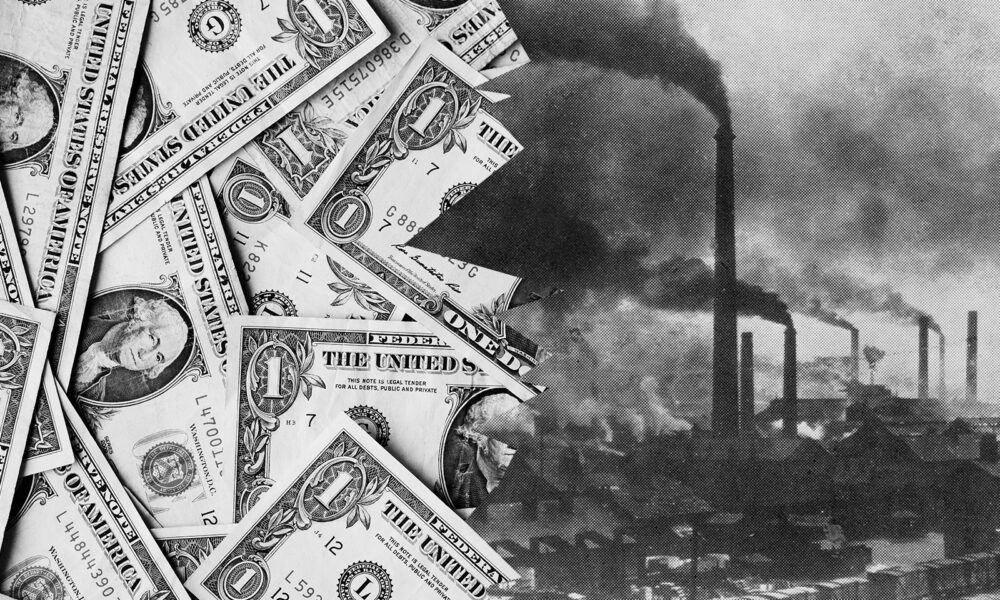 Since the Paris climate accords were signed, Chase, Citi, Wells Fargo and Bank of America have loaned the fossil fuel industry a trillion dollars. As Bloomberg News recently reported, if the financial services industry was a nation, it would be the fifth-biggest emitter on earth.

Every one of the companies that have been involved in the reckless, polluting, climate-destroying projects you’ve heard about in recent years were supported directly, or indirectly, by these banks. For instance, Enbridge Corporation, which built Line 3 to carry tarsands oil across Minnesota last year, has financing from all four of these banks.

A recently released report, The Carbon Bankroll, also shows how for many of the world’s largest companies the corporate cash in banks is the source of many times more emissions than the emissions that stem directly from the companies’ business operations. For example, in 2021, Google’s financial footprint (carbon emissions from its corporate cash in banks) was 38 times larger than the company’s total direct operational emissions over the last five years. Turns out that which banks you choose to put your money in can outweigh the other components of your carbon footprint, as explained in this infographic “Is Your Money Bankrolling the Climate Crisis?”

Activists, including Third Act leaders, have been protesting these actions for several years now by writing reports, sending letters demanding change, going to jail, and holding non-violent protests outside of branches. Fortunately, there has been some changes made; Chase, for instance, was forced to oust its board chair, who had previous entanglements with Exxon. They’ve signed on to pledges to go “net zero” by 2050—but these are vague promises that don’t come anywhere close to meeting the green goals that scientists have set. They’ve just been greenwashing. As Chase’s managing director said last year, oil and gas lending “is a huge business for us and that’s going to be the case for decades to come.” Or as Citibank’s “Sustainability” Officer said recently, “We are not talking about a year-on-year reduction in financed emissions,” even though that is precisely what scientists say we need. Indeed, the International Energy Agency, created in the 1970s in response to the oil shocks that inspired so many of us to join this fight, said last year that if we wanted to meet the Paris climate targets “there can be no new investments in oil, gas and coal, from now – from this year.”

How to act: Older Americans can influence banks

It’s not impossible to imagine these banks deciding to cut off the money supply for Big Oil. They have vast, diversified lending portfolios—and whatever they lose by shutting down their fossil fuel divisions they can make up by funding the necessary rapid growth in clean energy. But we need it to happen fast—and that’s where our generations come in.

While young people have clearly been leading the climate fight, they have limited power with big financial institutions. That’s because seventy percent of the country’s financial assets belong to Baby Boomers and the Silent Generation, compared to about five percent for millennials.

That’s not to say that every older American is financially comfortable—many are just squeaking by. But that puts even more of an onus on those of us with some resources, and it gives us the great privilege of helping out. If we’ve been saving for retirement all these decades, it’s a real bonus that we can help leverage our financial resources to save the planet too.

Don’t Switch Your Bank Just Yet

The key is acting together. If you just cut up your credit card this afternoon or switch your bank account tomorrow, it will be a noble gesture—but one that’s likely to go unnoticed. We need to be acting in larger numbers.

That’s why we’re going to spend this year organizing, leading up to a moment at the end of 2022 when banks can decide whether or not to go along with our requests. If they don’t, then together we take action—and we double our efforts for next year.

In all honesty, acting together means more than signing the pledge. It means recruiting others to do likewise (so use our Banking on our Future Toolkit to get started). It means adopting a local bank branch and meeting with bank branch managers, so we can a) reassure branch employees that we don’t blame them for corporate policy and b) establish lines of communication back to headquarters. It means spreading the word in letters to the editor, curating blogs, sharing important posts on social media, and having important dialogues on podcasts. Together with you, Third Act Working Groups, partners, and others, we will have lots of escalation tactics, teach-ins, and creative activities as this campaign unfolds. It means all the work—and all the fun—of organizing together.

Changing your bank account can take some time and energy, but it’s totally possible. There are good alternatives: local banks and credit unions rarely invest in climate destruction, and even online banks that make a point to be environmentally conscious. As the end of the year approaches, we will have resources dedicated to making the switch easier. See the resources and FAQs down below.

Changing credit cards is usually pretty simple. (In fact, you may already have several in your wallet, and taking the scissors to one will leave you with options.) But if the year comes to a close and we have not seen any progress from Chase, Bank of America, Wells Fargo, or Citibank, we will have a full list of alternative ways to store your wealth, in a way that doesn’t impact the environment.

The job may be more complex—but even more important—for high net worth individuals; we have particular resources and suggestions if you’re in that category.

There’s a couple of points we’ll be making throughout this year of campaigning:

Even if Chase, Citibank, Wells Fargo, and Bank of America agree to our demands, they won’t be angels. The point of this campaign is to highlight the critical role of banks in the truly existential crisis of climate change and pressure them to stop lending money to fossil fuel companies and projects. There will be plenty of work for others to do in the years ahead. Let’s start right here and right now. Our generation has shown that if we pledge our hearts and minds to a collective movement we can make a difference.

Banking on our Future campaign

Big Banks are playing a key role in propping up the oil and gas industry that is polluting our atmosphere. We don’t want our money to be used to bankroll climate destruction. Seventy percent of the country’s financial assets belong to Baby Boomers and the Silent Generation, compared with about five percent for millennials. Who can influence the banks? We can! 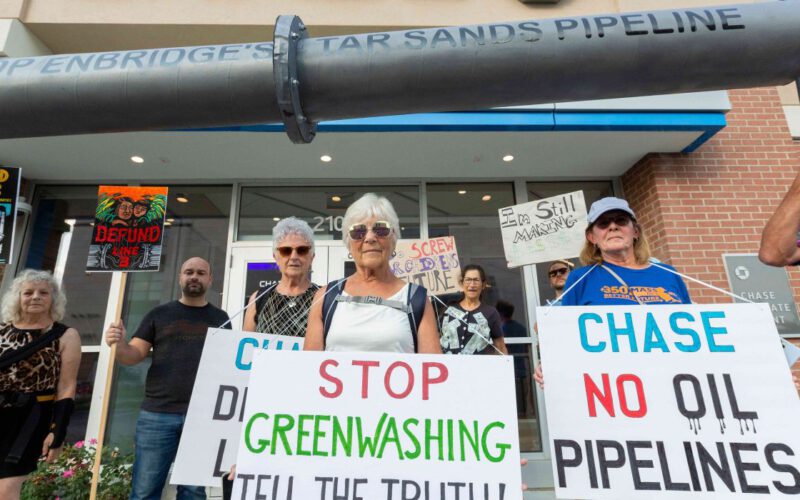