/ Action / Banking on our Future Pledge

Banking on our Future Pledge

Sign one of our two Banking on our Future pledges: “If Chase, Citibank, Wells Fargo, and Bank of America are still funding climate-destroying fossil fuel projects in March 2023, I pledge to close my account and cut up my credit card. If I don’t bank at these institutions now, I pledge I won’t do so in the future.” 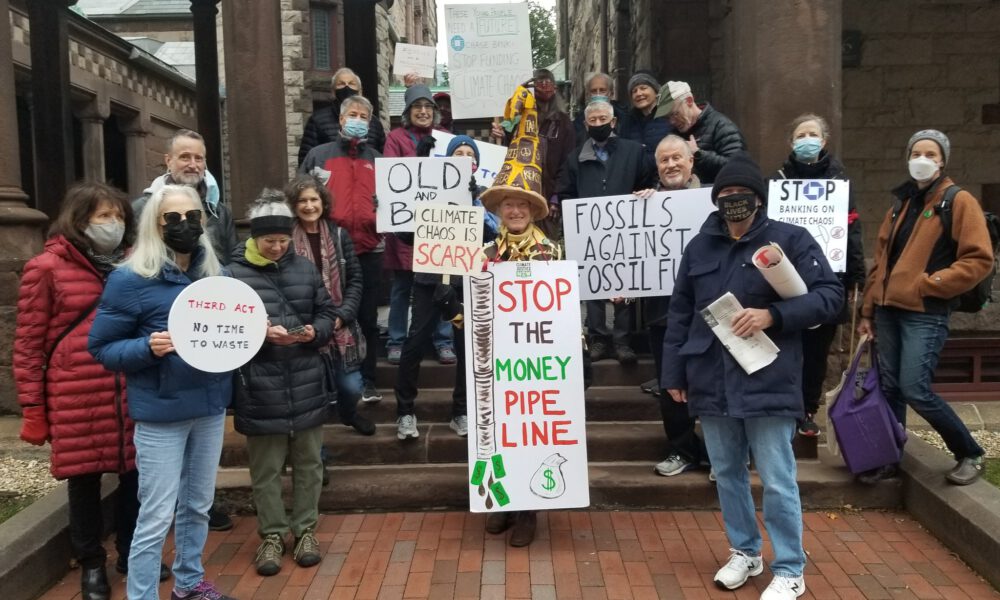 Th!rd Act and Stop the Money Pipeline organize to get banks to divest from the fossil fuel industry.

Big Banks are playing a key role in propping up the oil and gas industry that is polluting our atmosphere. We don’t want our money to be used to bankroll climate destruction. Seventy percent of the country’s financial assets belong to Baby Boomers and the Silent Generation, compared with about five percent for millennials. Who can influence the banks? We can!

So, let’s act together and use our collective power. There are two pledges, one for current customers or credit card holders of any of the Big Four Banks – Bank of America, Chase, Citibank, and/or Wells Fargo (including, for example, Amazon cards issued by Chase), and one for people who aren’t currently customers.

If you have an account or credit card at
Bank of America, Chase, Citibank, and/or Wells Fargo, read and join our pledge.

If you DO NOT have an account or credit card at
Bank of America, Chase, Citibank, and/or Wells Fargo, read an join our pledge.